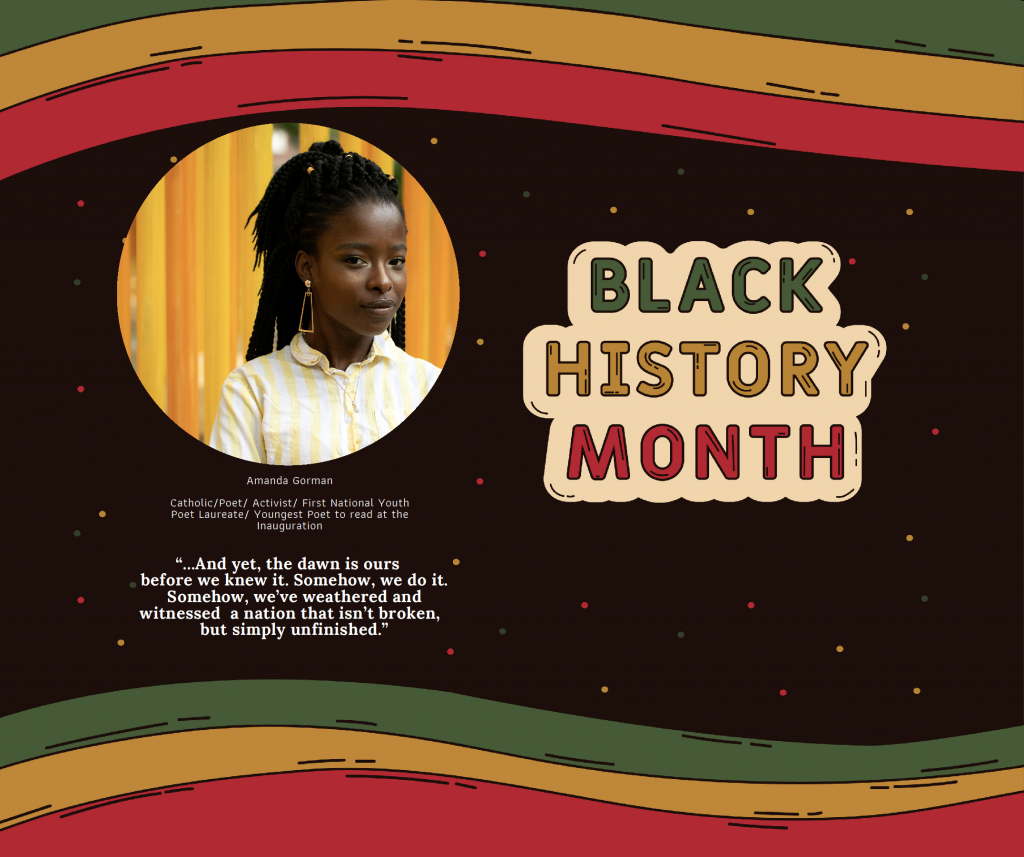 a nation that isn’t broken, but simply unfinished.” 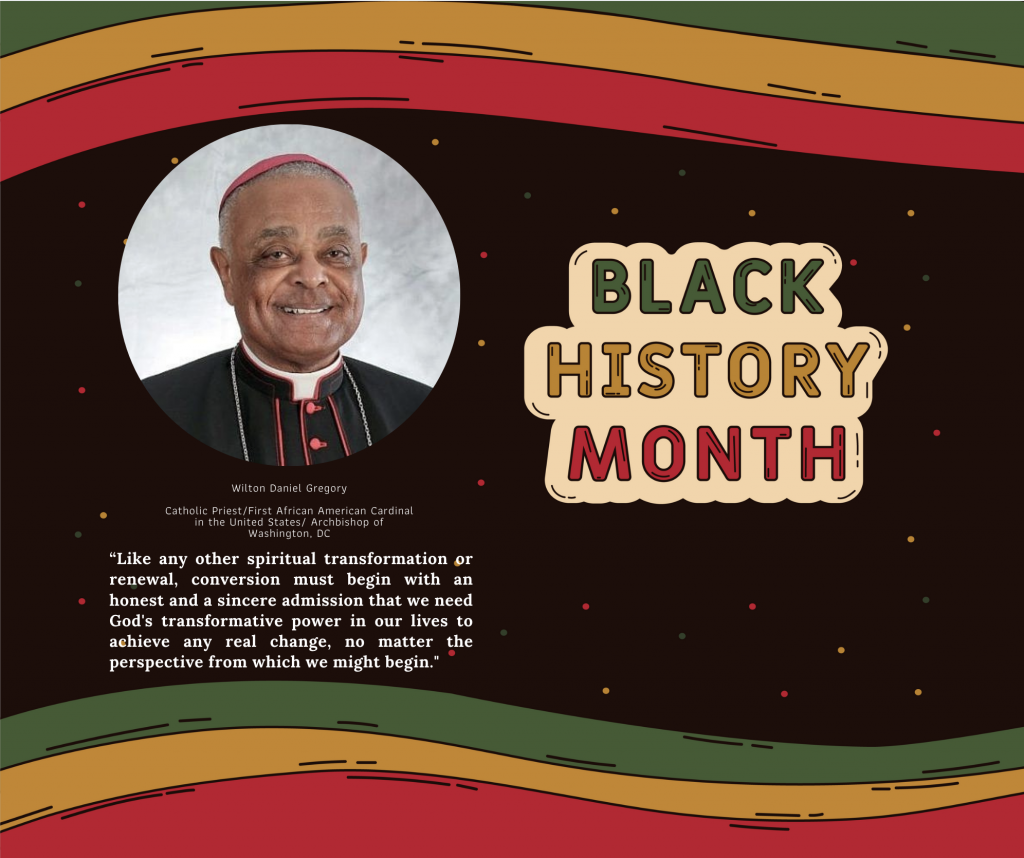 “Like any other spiritual transformation or renewal, conversion must begin with an honest and a sincere admission that we need God’s trans-formative power in our lives to achieve any real change, no matter the perspective from which we might begin.” 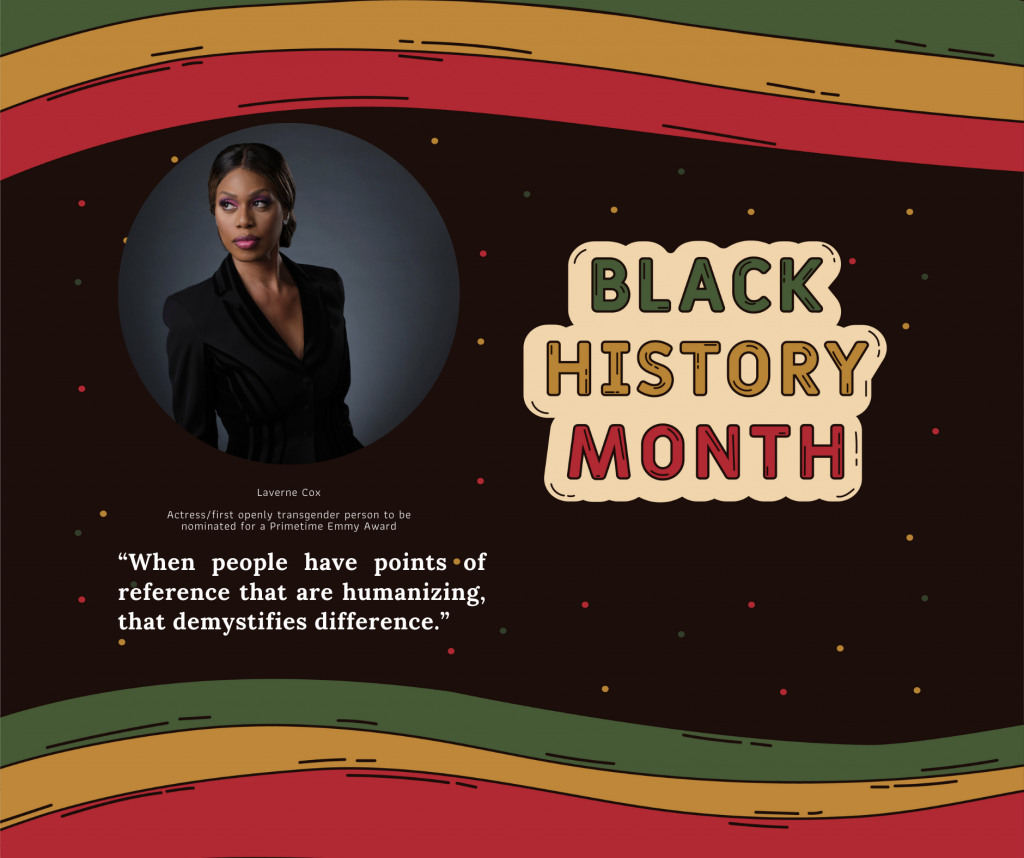 “When people have points of reference that are humanizing, that demystifies difference.” 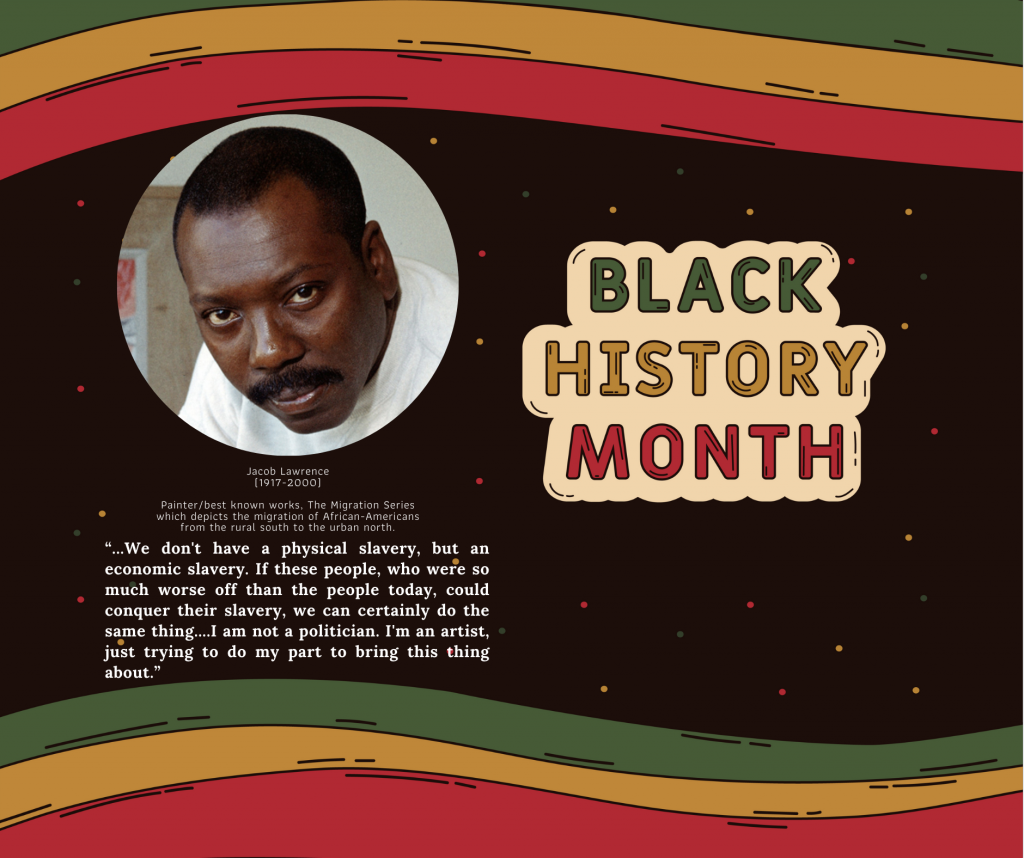 Painter/best known works, The Migration Series which depicts the migration of African-Americans from the rural south to the urban north.

“…We don’t have a physical slavery, but an economic slavery. If these people, who were so much worse off than the people today, could conquer their slavery, we can certainly do the same thing….I am not a politician. I’m an artist, just trying to do my part to bring this thing about.”

Take a Virtual Tour of Jacob Lawrence: The American Struggle on display at the Peabody Essex Museum 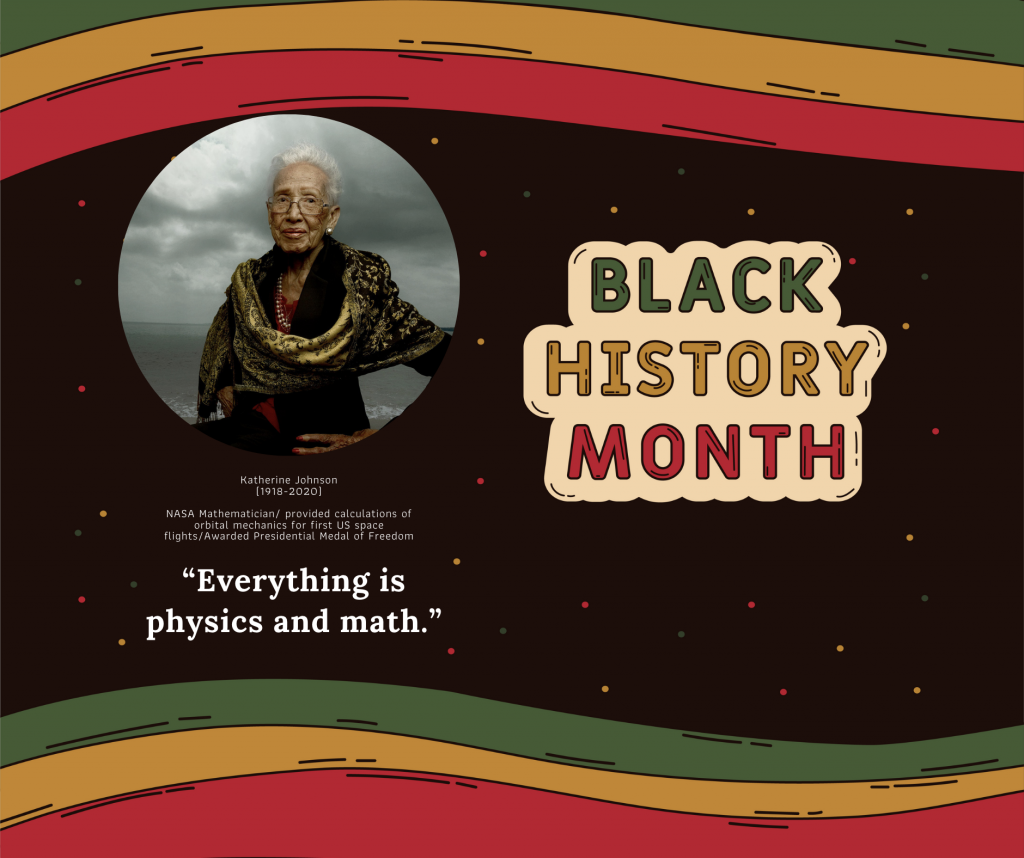 “Everything is physics and math.” 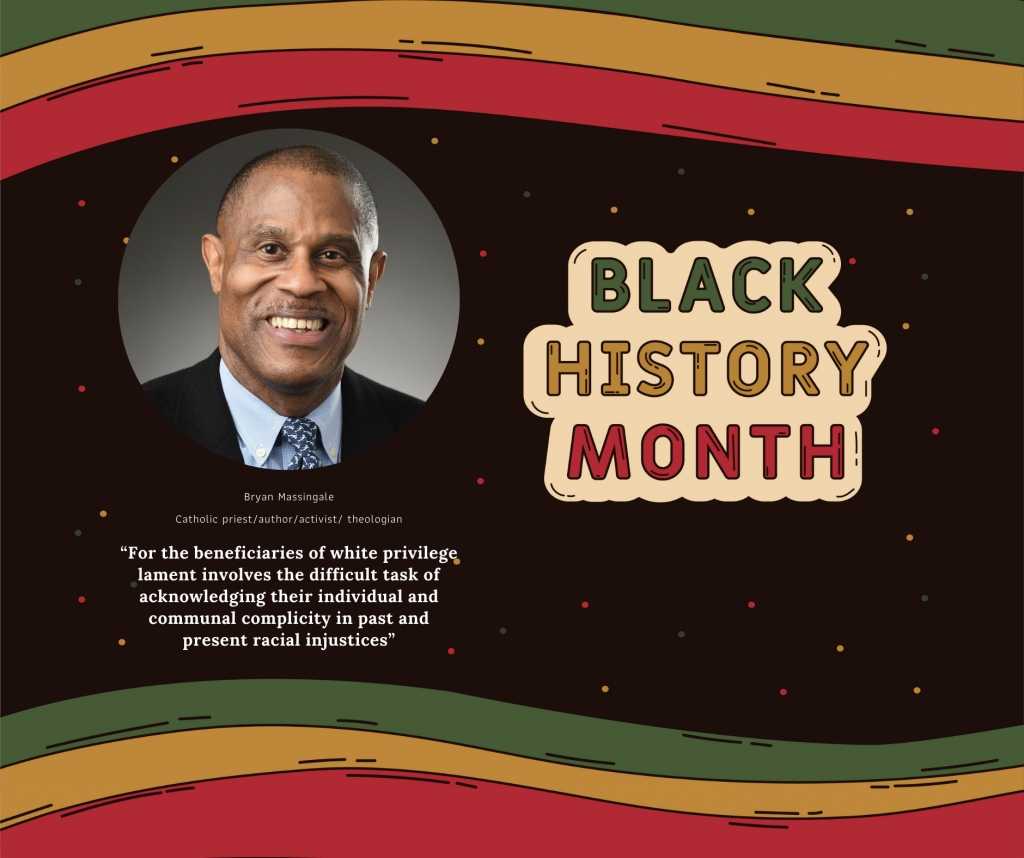 Watch “ The Magis and Justice” 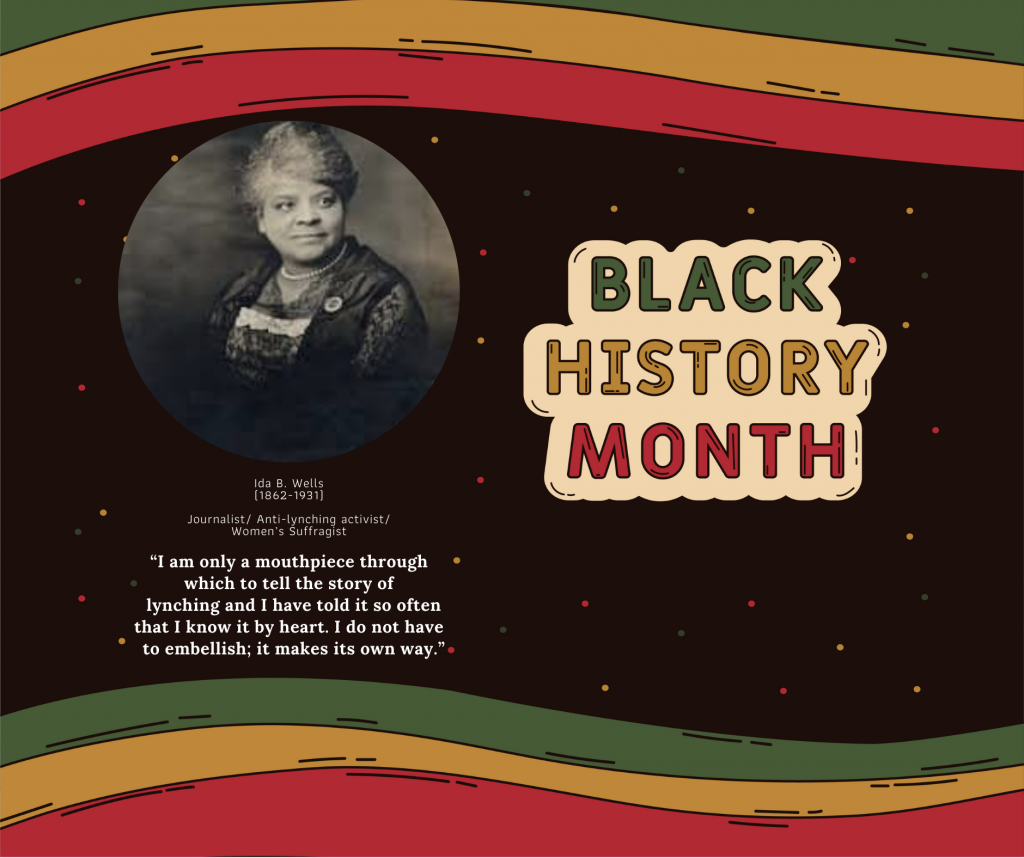 “I am only a mouthpiece through which to tell the story of lynching and I have told it so often that I know it by heart. I do not have to embellish; it makes its own way.”

Read how lynching became a federal crime in 2020.

“Seems to me, it ain’t the world that’s so bad but what we’re doin’ to it. And all I’m saying is, see, what a wonderful world it would be if only we’d give it a chance. Love baby, love. That’s the secret.”

Watch and Listen to Louis Armstrong in this BBC Special 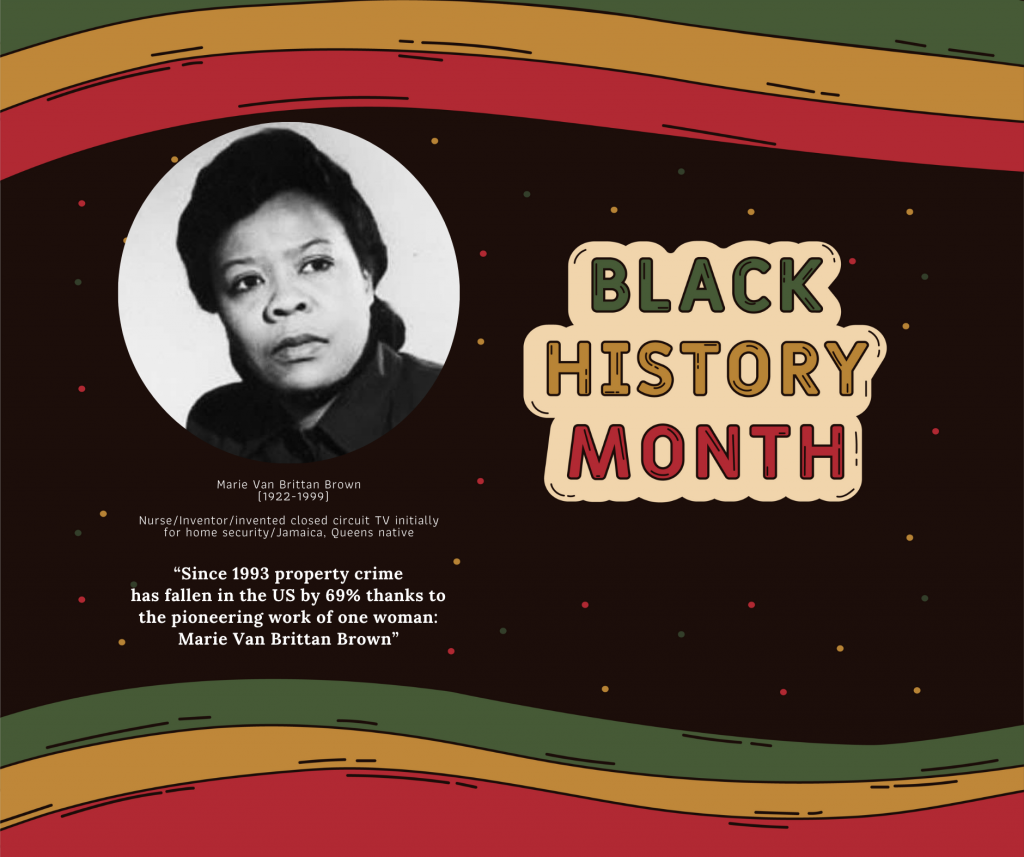 “Since 1993 property crime has fallen in the US by 69% thanks to the pioneering work of one woman: Marie Van Brittan Brown”  UntoldEdu 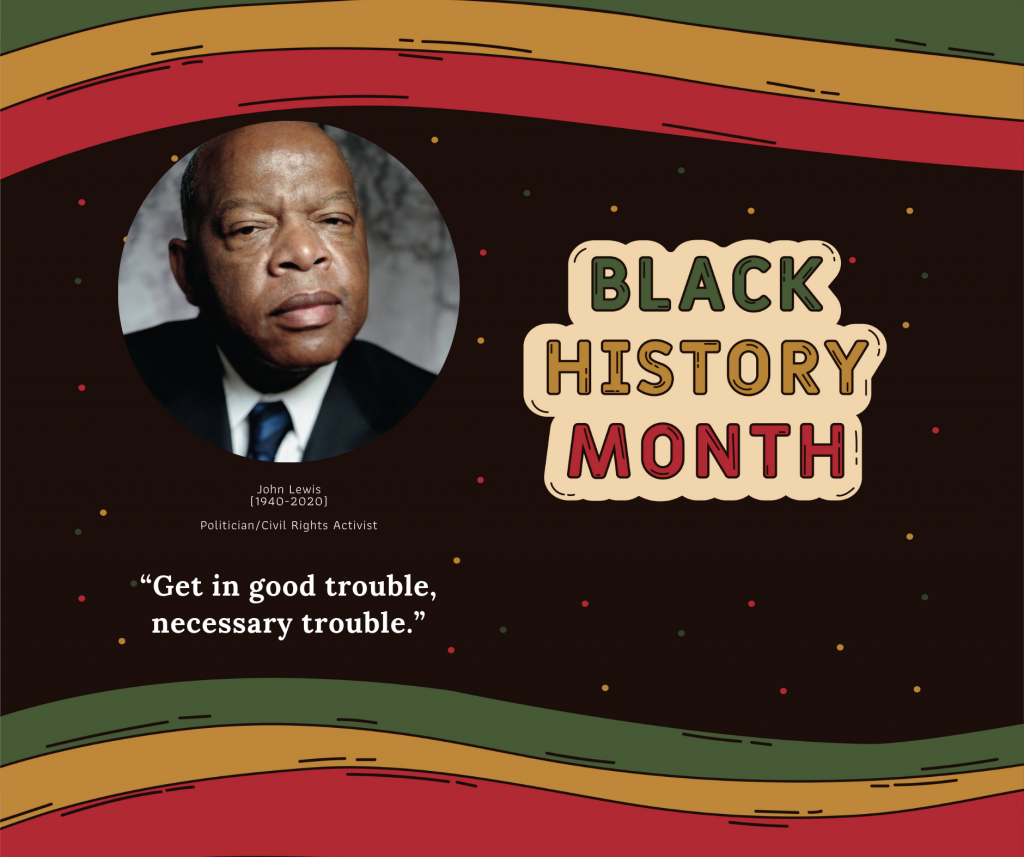 “Get in good trouble, necessary trouble.”

Take a Virtual Tour of the National Museum of African American History which John Lewis initiated in 1988. 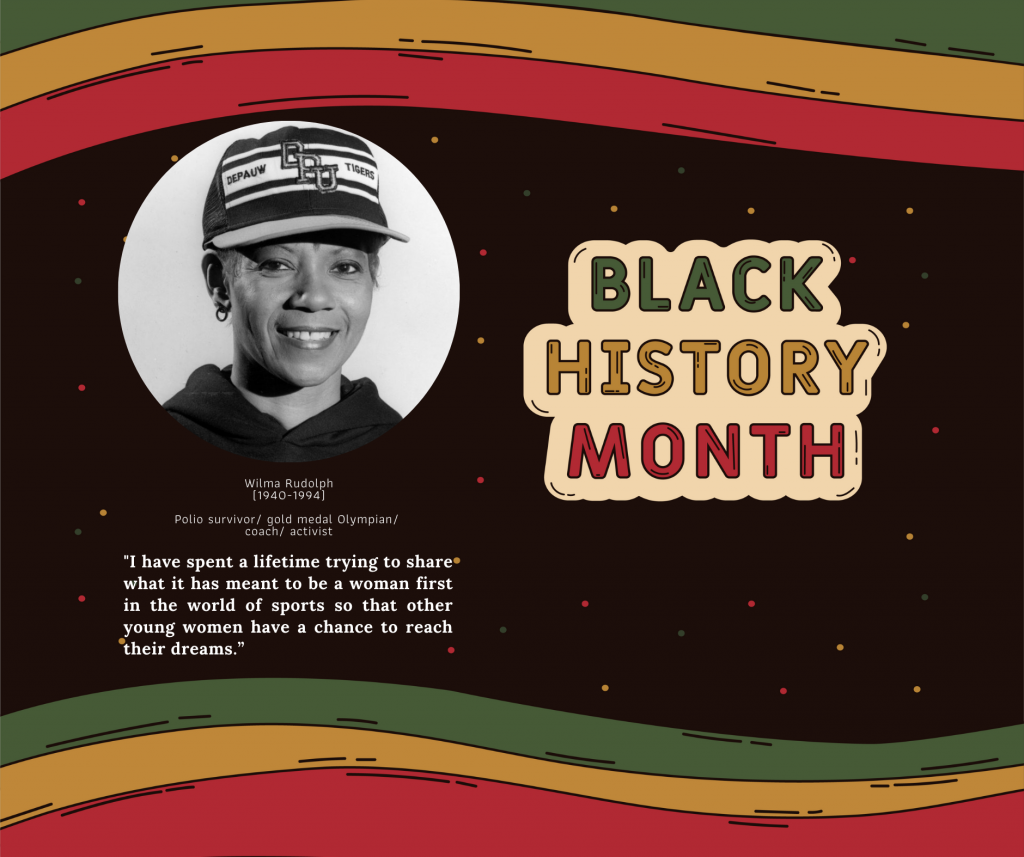 “I have spent a lifetime trying to share what it has meant to be a woman first in the world of sports so that other young women have a chance to reach their dreams.”

Write a letter to your representative to support equity in health care. 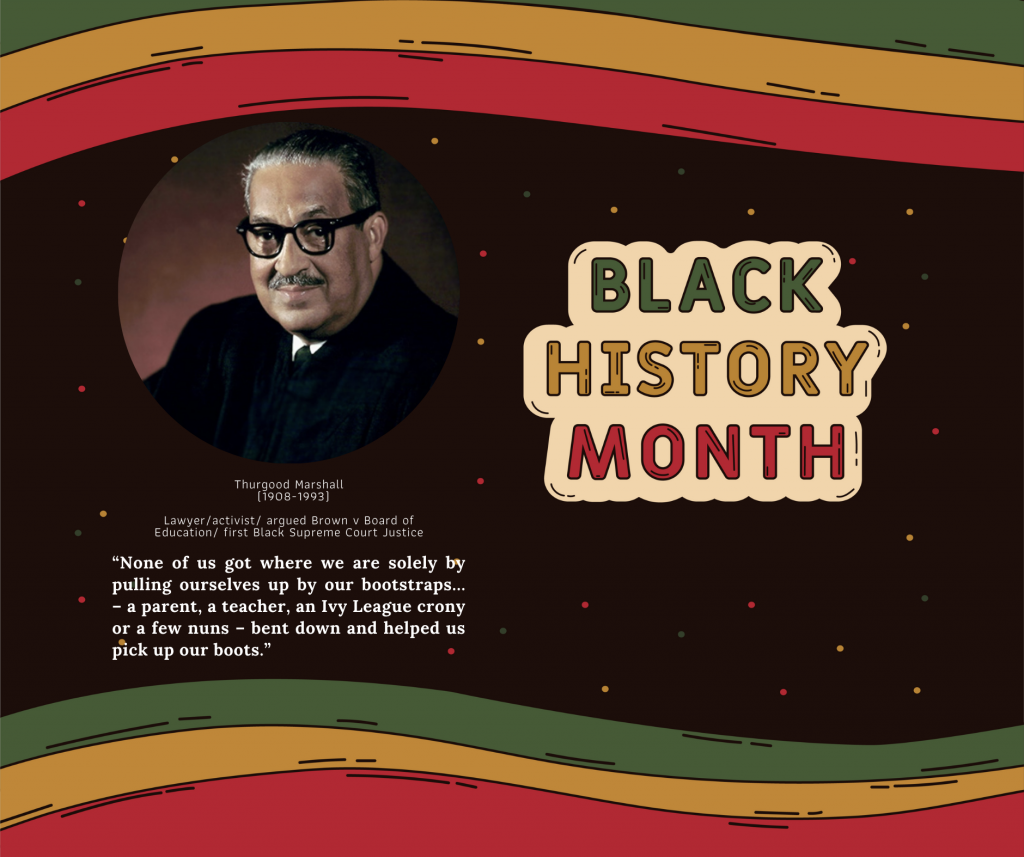 “None of us got where we are solely by pulling ourselves up by our bootstraps… – a parent, a teacher, an Ivy League crony or a few nuns – bent down and helped us pick up our boots.” 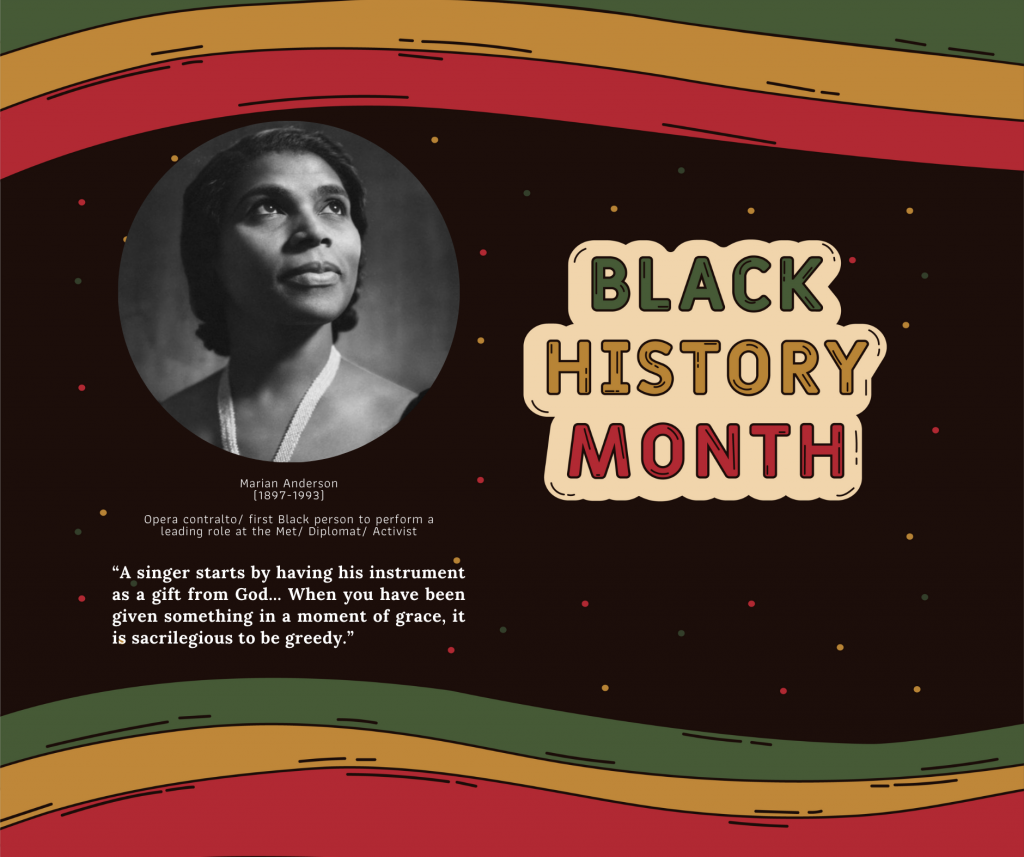 “A singer starts by having his instrument as a gift from God… When you have been given something in a moment of grace, it is sacrilegious to be greedy.” 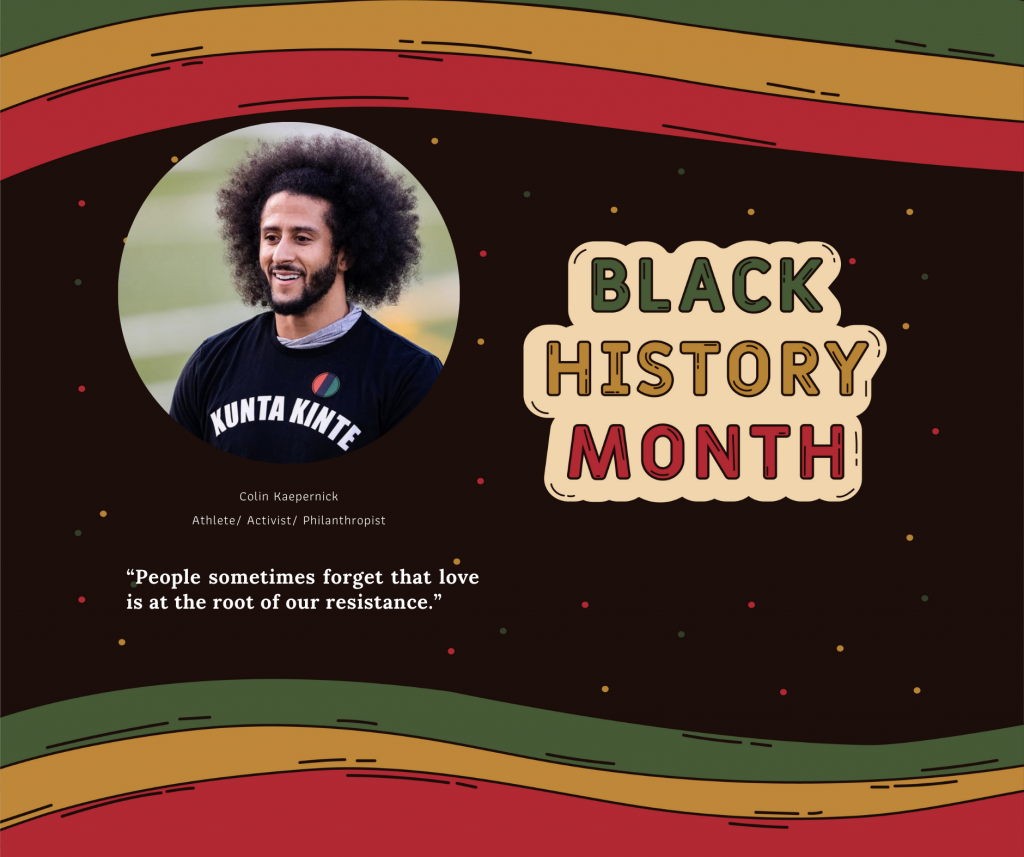 “People sometimes forget that love is at the root of our resistance.”

Journal Prompt: “Why kneeling is an act of love.” 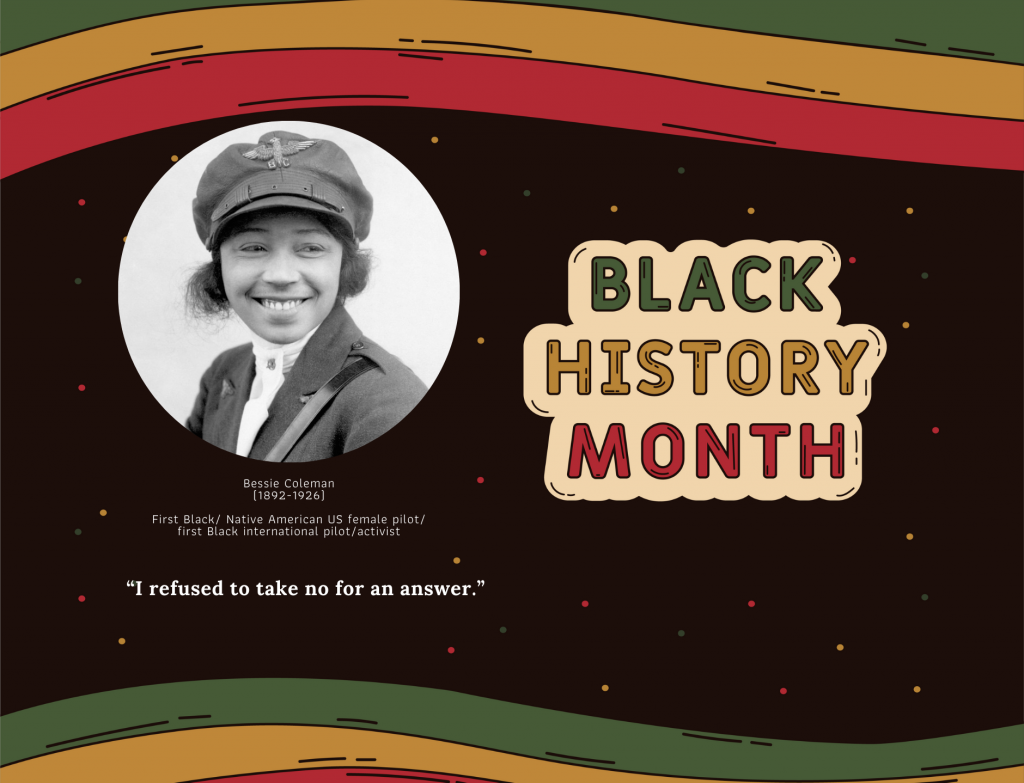 “I refused to take no for an answer.”

Journal Prompt: “What could be  the questions she asked for which the answer was no?” 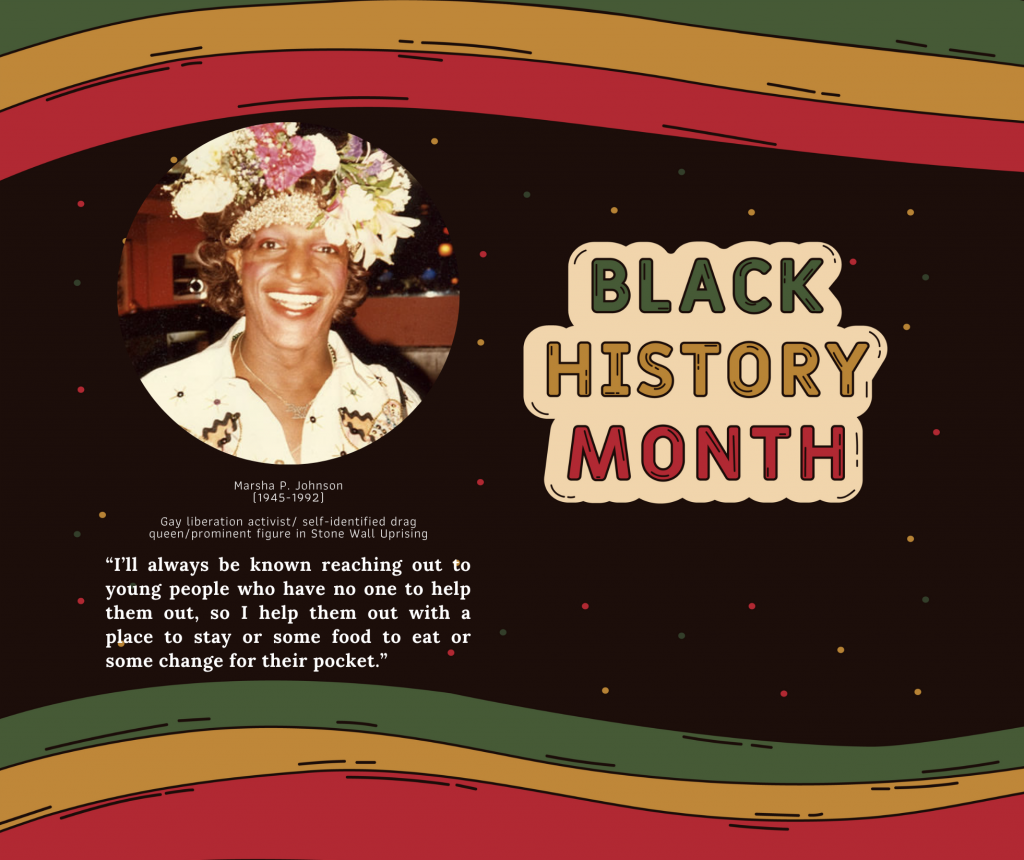 “I’ll always be known reaching out to young people who have no one to help them out, so I help them out with a place to stay or some food to eat or some change for their pocket.”

Pray for those marginalized by racism- say their names. 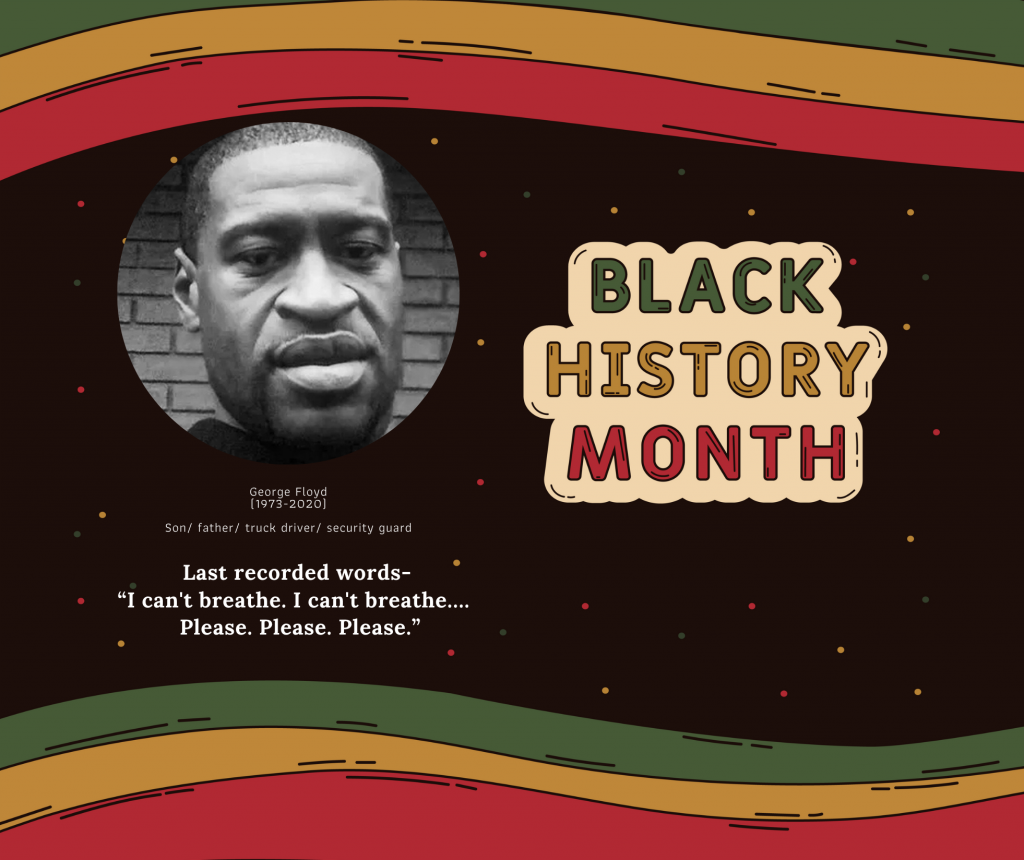 Read the book:  Between the World and Me– Ta-Nehisi Coates letter to his son. 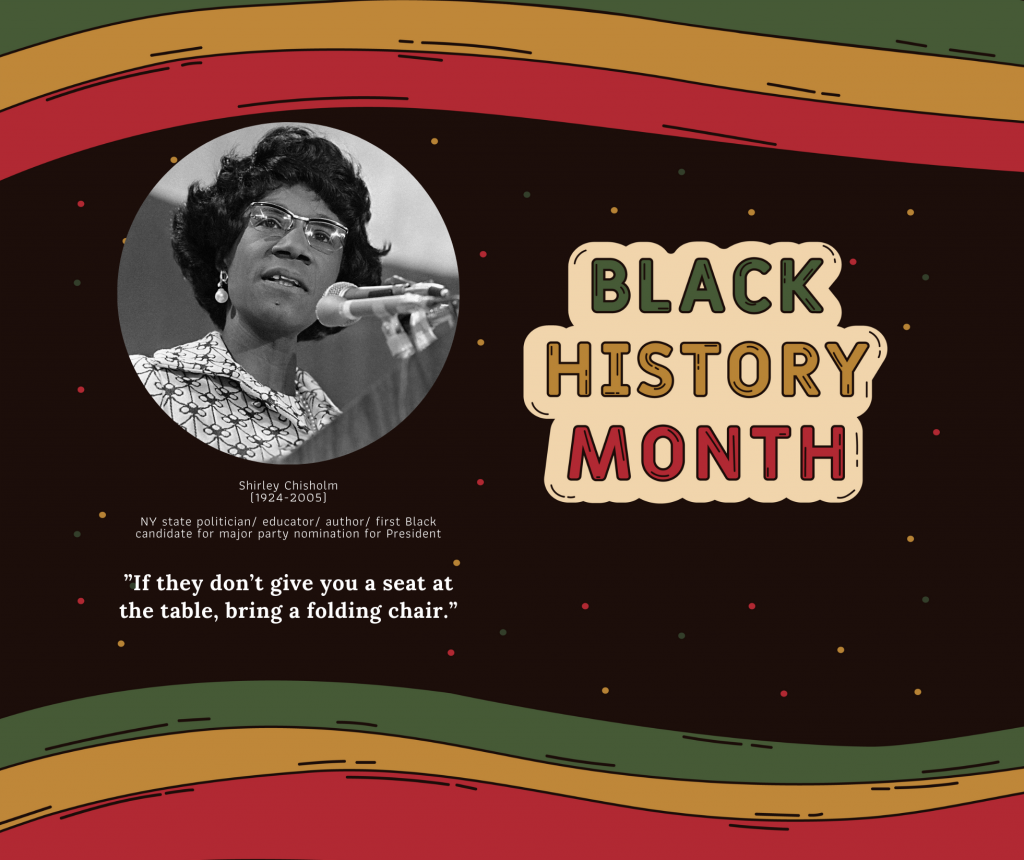 ”If they don’t give you a seat at the table, bring a folding chair.”

Write supporting an action to address racism in housing, healthcare, or business.- How to Contact Your Elected Officials 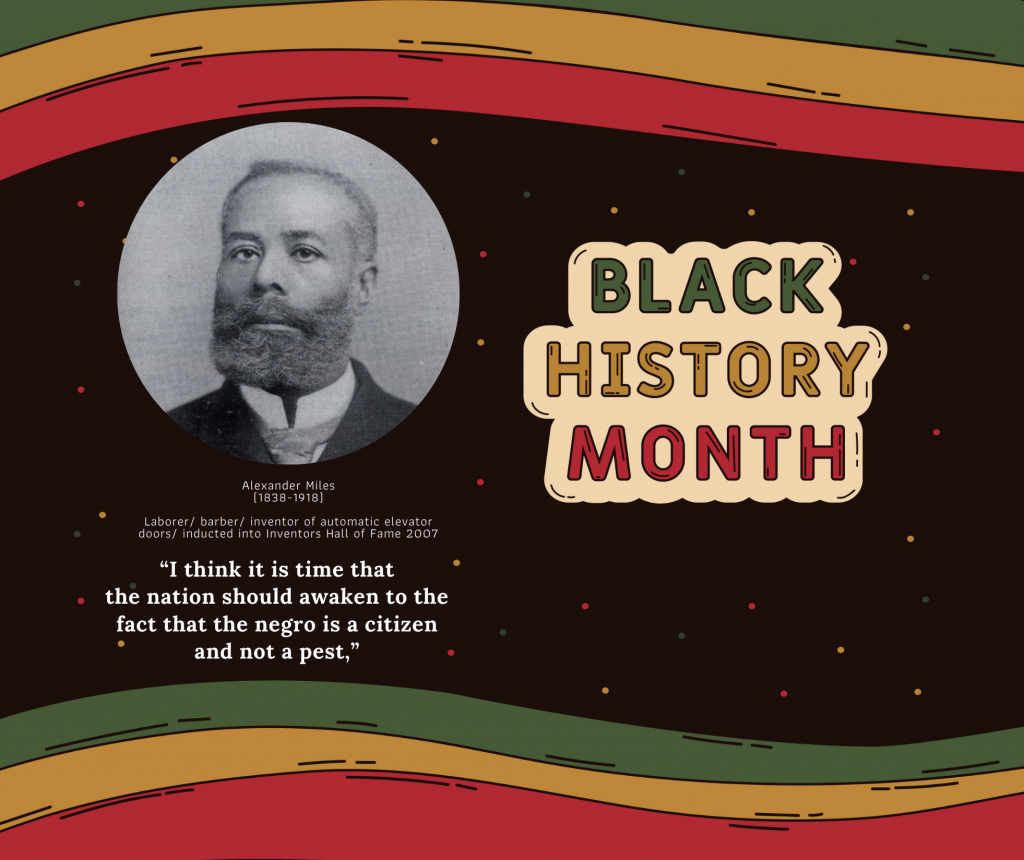 “I think it is time that the nation should awaken to the fact that the negro is a citizen and not a pest,”

Read “The legacy of George Floyd: Here’s how business can address inequality and promote justice” 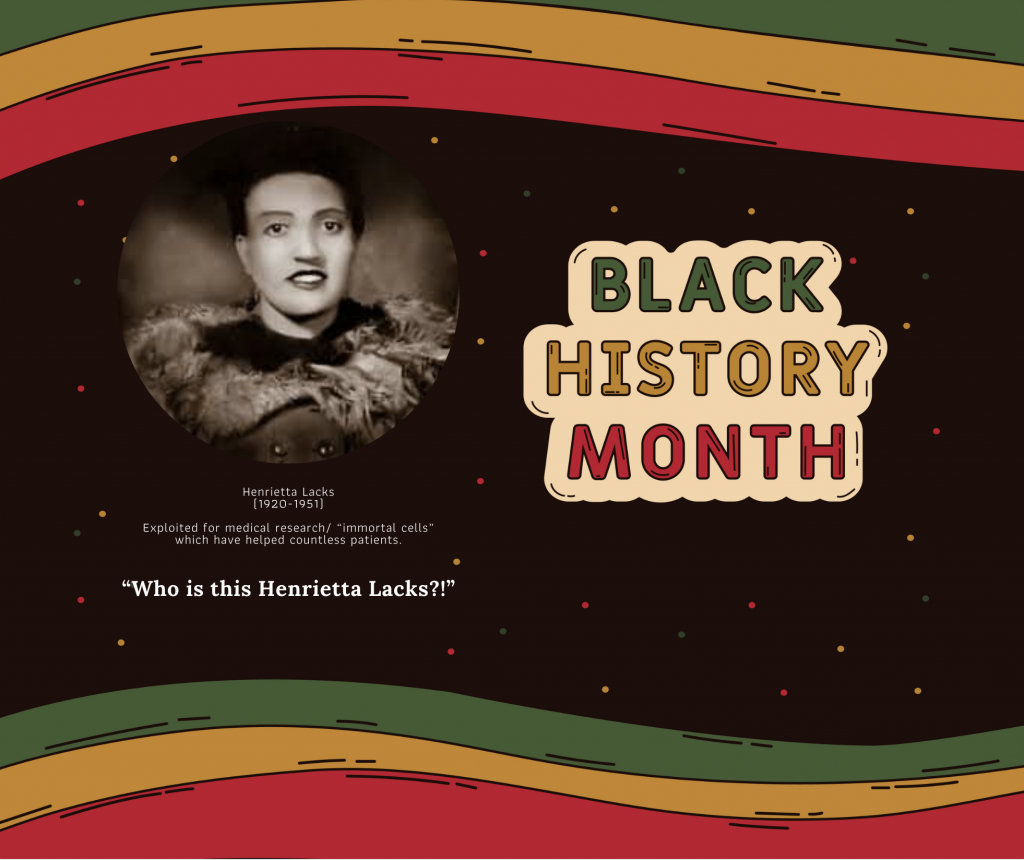 “Who is this Henrietta Lacks?!”

“The Mother of Modern Medicine” 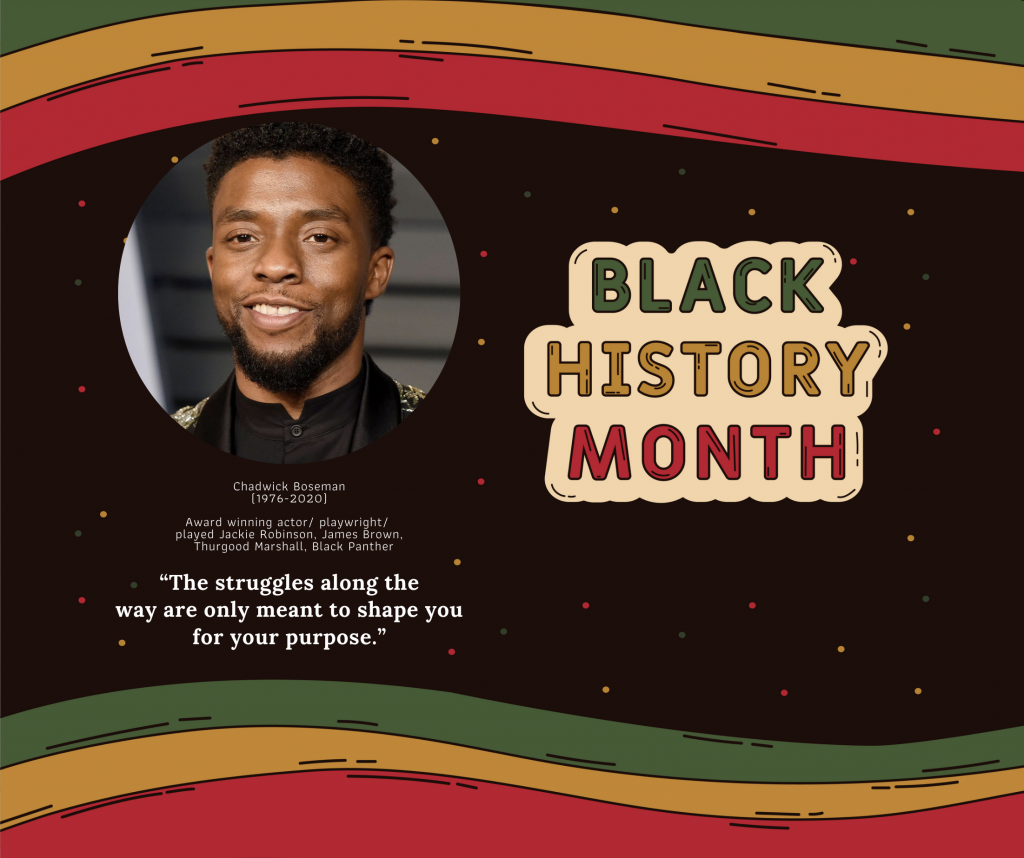 “The struggles along the way are only meant to shape you for your purpose.”

Watch Marshall or 42 or pray for his young family. 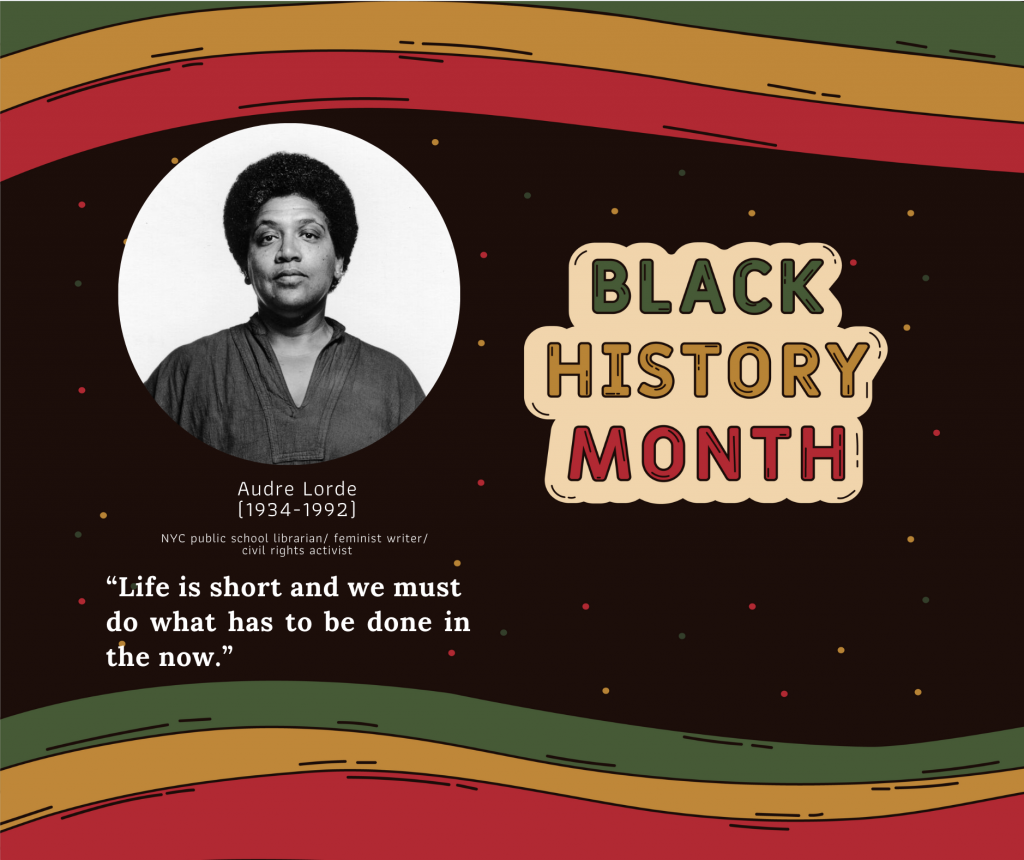 “Life is short and we must do what has to be done in the now.”

Read Sister Outsiders or A Burst of Light 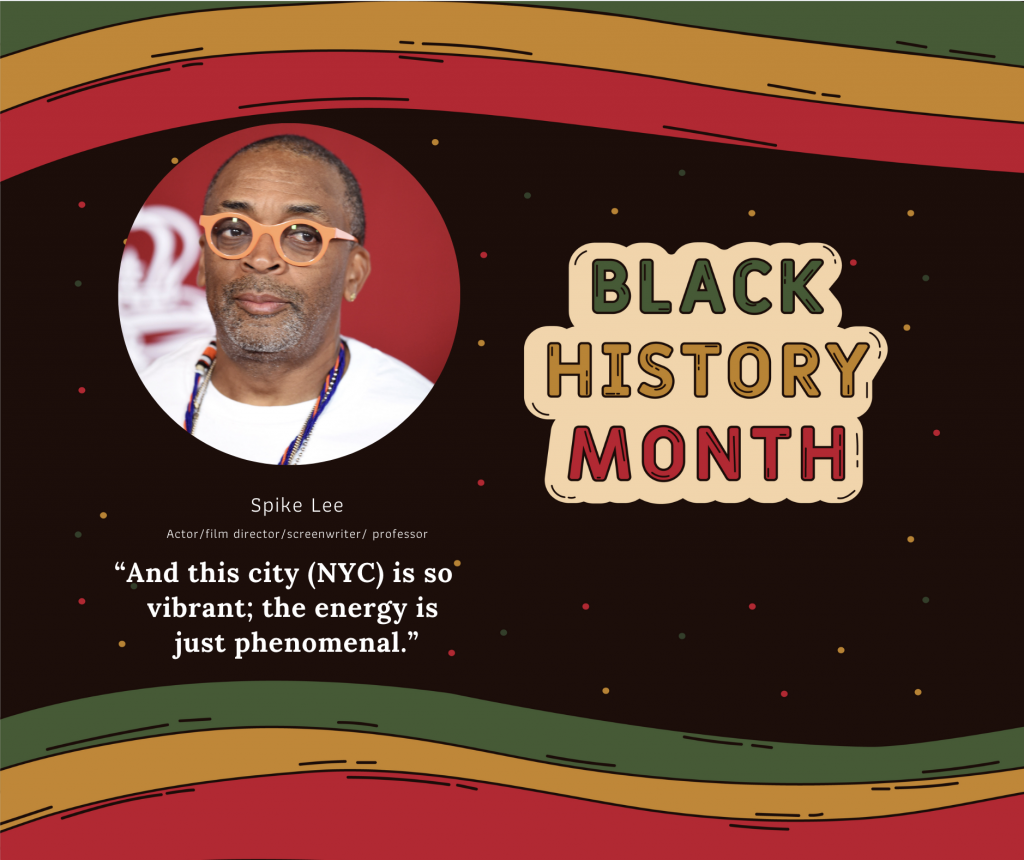 “And this city (NYC) is so vibrant; the energy is just phenomenal.”

Watch any one of his movies, TV shows, e.g. Do the Right Thing 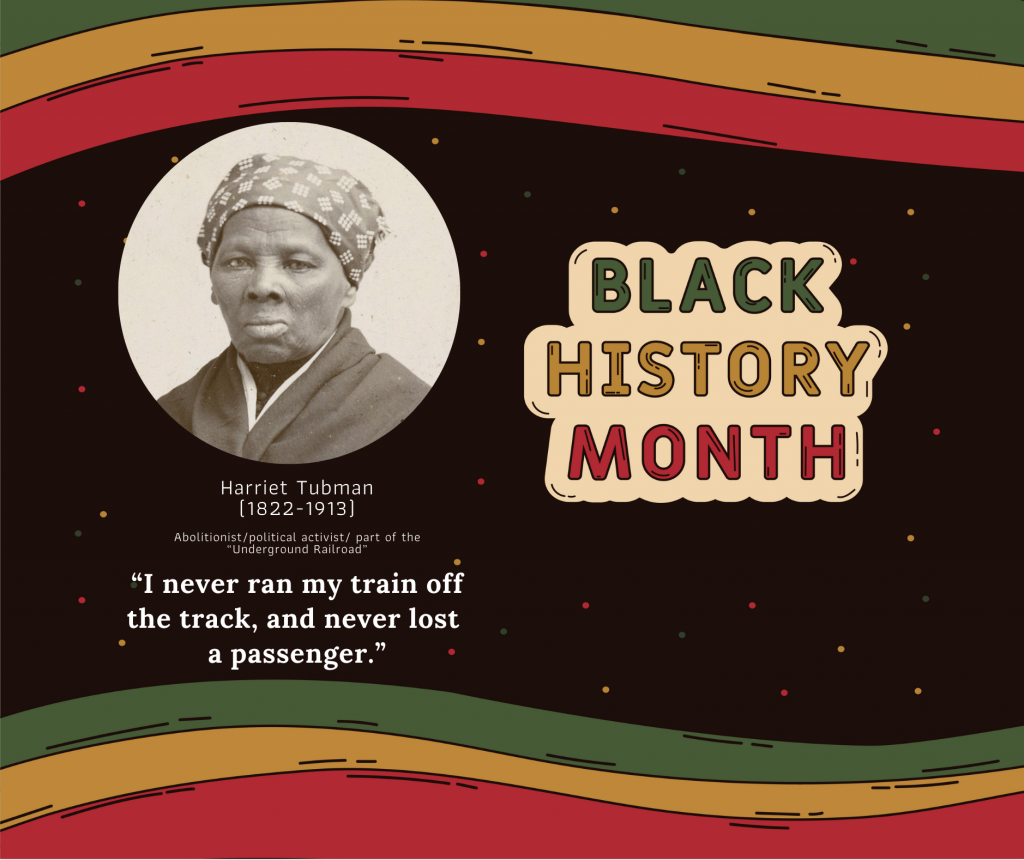 “I never ran my train off the track, and never lost a passenger.” 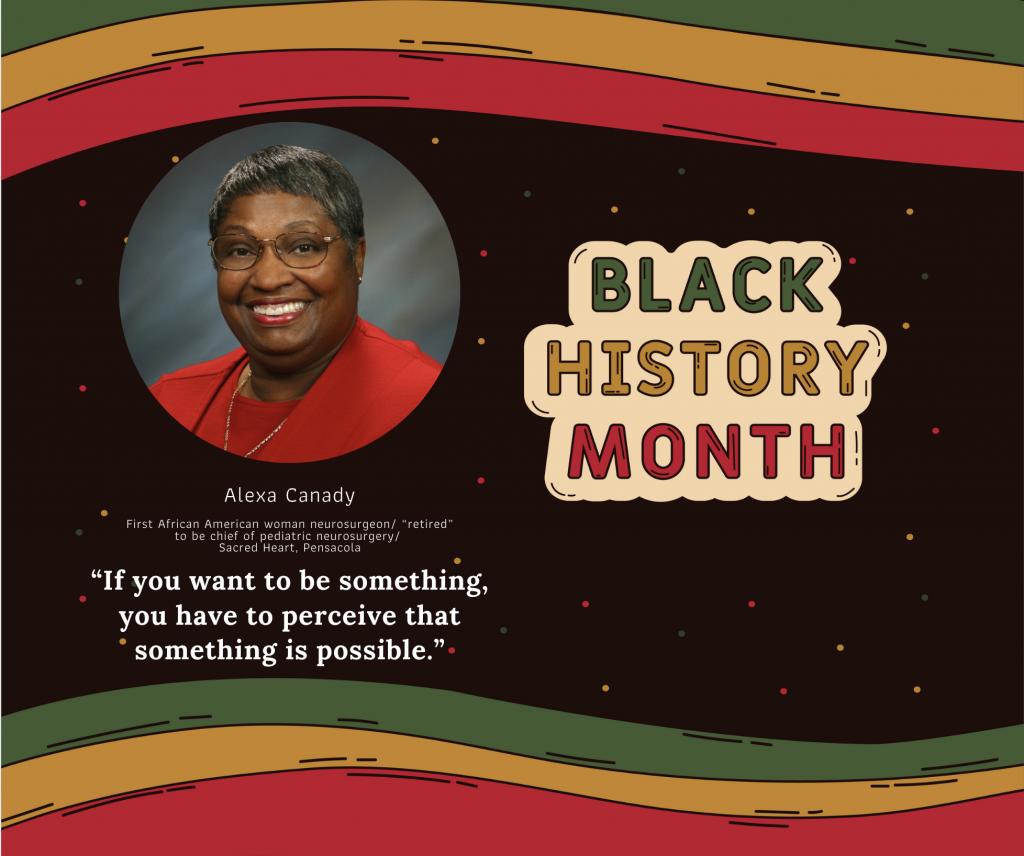 “If you want to be something, you have to perceive that something is possible.” 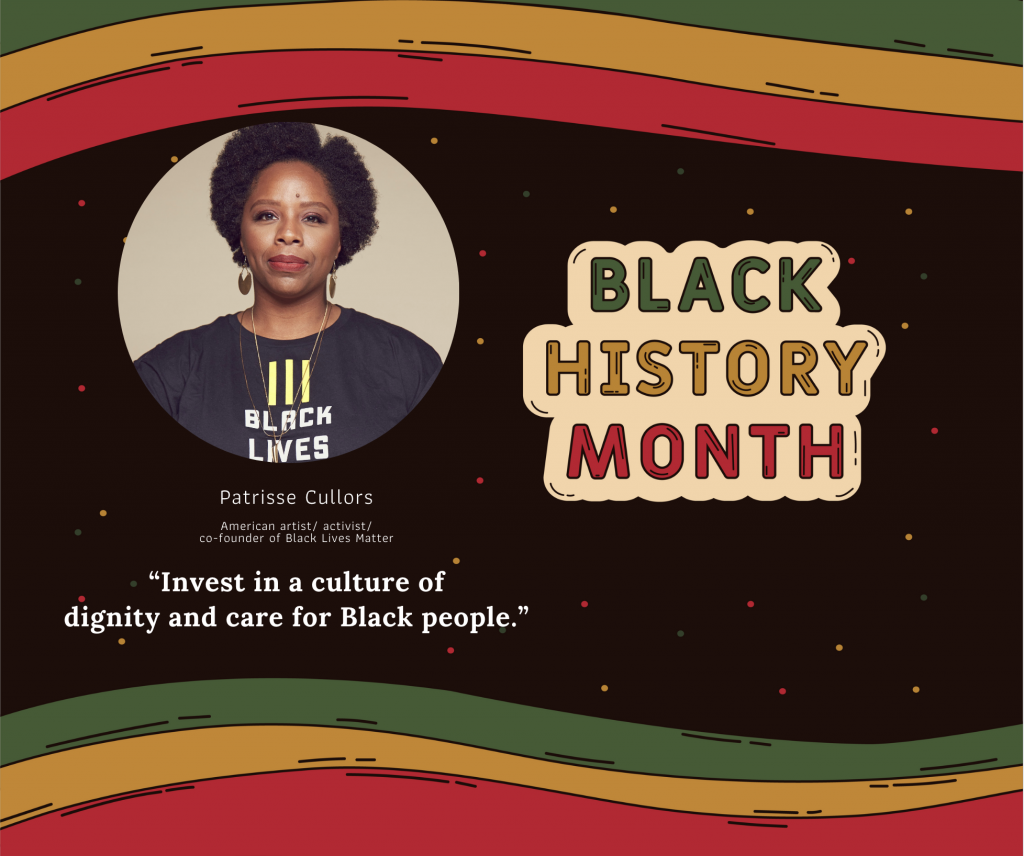 “Invest in a culture of dignity and care for Black people.” 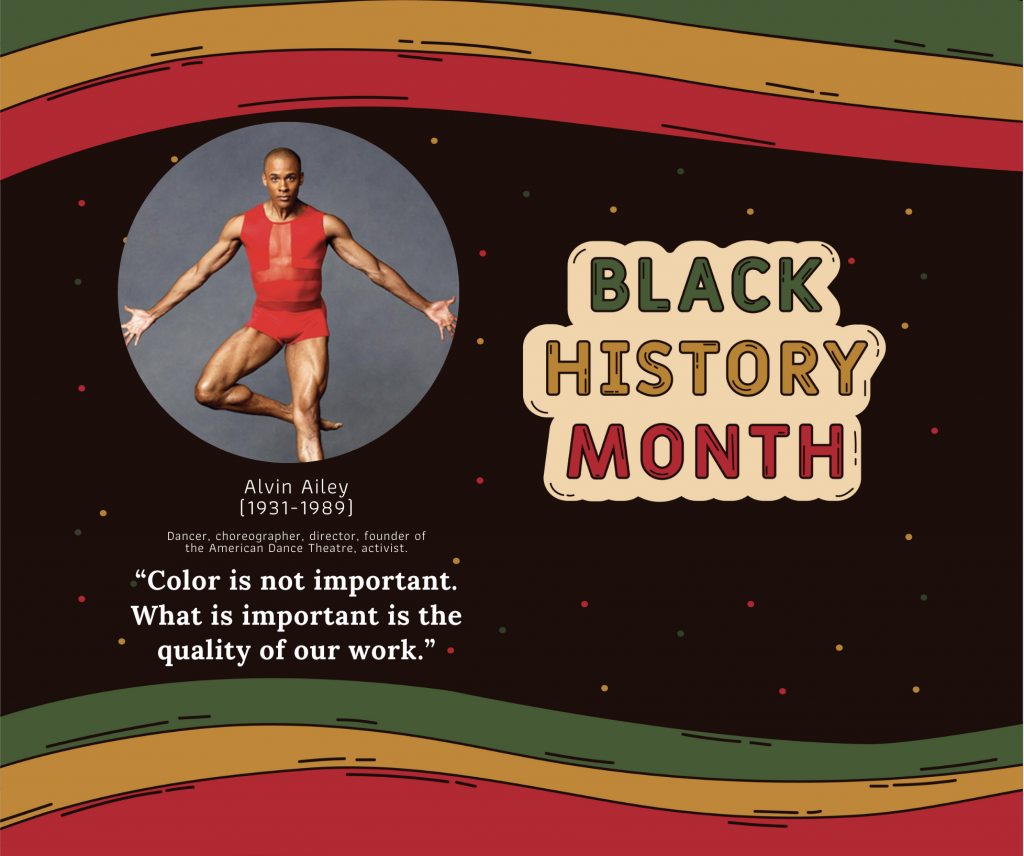 “Color is not important. What is important is the quality of our work.”

“I never allowed myself to actually experience the pain of it.”

Check out the work of Shannen Dee Williams. “Black Nuns and ‘Subversive Habits’”